dropped a hundred dollars into some tech stock the first time I started trading options on a friend’s advice in the late 90s. In a month I made a thousand dollars. That was a lot of money for a guy on a lowly medicine intern’s salary. Then I bought a thousand dollars in options in two tech companies. And I lost it all.

That scarred me for years from trading options. Too risky I thought. But I was wrong. Not having options was too risky. And when you managed the risk in buying the option, you actually became stronger. 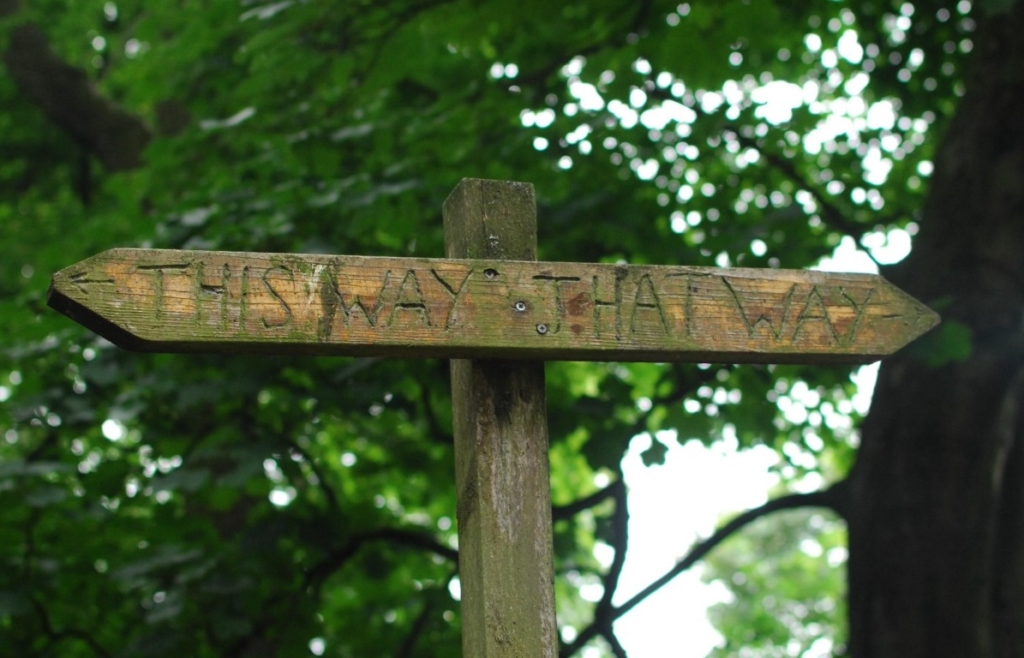 The fundamental agent of the antifragile is what Taleb calls taking the option. An option is a choice you get to make in situations of randomness. You can’t predict if you’re right or wrong about the choice. But as long as the bets are small and don’t wipe you out if any one goes wrong, you can see which one’s giving you the biggest payoff. And let that one ride.

You might say it’s irrational to act this way. Don’t we want less volatility? Especially in our health care system?

But as we’ve seen, when you attempt to homogenize something decidedly nonlinear like health, you expose it to the Black Swan. Which has the potential to kill you.

How rational is that?

Health 3.0 argues that medical decision-making should be filled with rational options.

This stance isn’t new. It harkens back to medicine’s past.

Taleb recalls in Antifragile that the history of medicine is rich with empirics who made major discoveries through trial and error and tinkering — not through deep understanding. The biggest advances in medicine were from exploitation of serendipities. Not from Manhattan projects.

Alexander Fleming discovered penicillin by accident from a moldy Petri dish left open by the window. Ten years passed before researchers tinkered with how to mass-produce penicillin to cure bacterial diseases.

Cardiovascular surgeon Michael E. DeBakey knew how to sew, from his expert mother. He wanted to fashion tubes to bypass clogged heart arteries. A sales associate at Foley’s department store in downtown Houston told him to try Dacron. It worked.

And even more recently, Barry Marshall had to pick a project in the third year of his internal medicine training. Robin Warren, the hospital pathologist, told him to look into the case records of patients with peptic ulcers and stomach cancer whose stomachs were overrun with corkscrew microorganisms. One of them was an 80-year-old man with severe pain who ended up getting cured when he was put on tetracycline on a lark. Marshall guessed that killing the bacteria cured ulcers. Almost nobody believed him. So he sickened himself by drinking a broth of the bacteria and cured himself with antibiotics. The doctor labeled a quack was a Nobel Prize winner twenty years later.

Taleb argues that institutionalized medicine, to protect its reputation and income stream, attempts to rebrand empirics in medicine as charlatans or quacks. It’s a turf war.

But he says it’s a logical fallacy for academics to decree that if quacks are present among nonacademics, then all nonacademics are quacks.

The key to deciding if someone in medicine is an empiric or a quack? If you demonstrate rigor, based on rational optionality — even if not based on randomized double-blind placebo-controlled trials that bestow academic knighthood upon you — then you’re not a quack.

And as Taleb points out, the irony is that with modernity and “scientific progress” came the institutionalization of medicine. Which in turn brought about more iatrogenics.

Doctors all know to wash their hands when seeing patients, right? We refused to know in the mid-1800s — when modernity was all the rage in medicine.

Ignaz Semmelweis was an obstetrician in the mid-nineteenth century who observed expectant mothers dying of “childbed” fever way more when they were being delivered by doctors in top maternity hospitals than by midwives or at home. Through trial and error, Semmelweis observed that doctors were doing bare-handed autopsies in the morning on the mothers who had just died. And the same doctors were then examining laboring women just before they delivered.

Before medicine knew anything about germ theory, Semmelweis reasoned that doctors were passing something deadly from the corpses to the women in labor. So he told his junior doctors and medical students to wash their hands. The mortality rates plummeted.

But he enraged the top brass of doctors who didn’t want to believe that they were causing their patients’ deaths. Semmelweis’s orders weren’t widely adopted, and he ended up in an insane asylum.

We think we’re more sophisticated now. But the story of medical errors continues to this day. The numbers are disputed, but they’re big. And with bigger institutions has come bigger numbers.

For better risk management and less iatrogenics in general, Taleb advocates rational optionality in government. Government funding should go not to big institutional research, but to lots of trials spread out in small amounts. There is an element of this in the Affordable Care Act. But he also says that the government should give this funding to people, not projects. People who aren’t constrained by academic reputations, people who are willing to take risks and continually tinker based on feedback from mistakes which are kept small.

Take the direct primary care movement. A group of independent doctors and practices has taken the option in health care. They’re tinkering with our bloated health care system and learning from each other best practices to give more value to their patients. While being more fulfilled in return. As a direct-care gastroenterologist, I support this movement. Obamacare supports the opposite.

Frameworks matter. Otherwise I wouldn’t be outlining all these tenets of Health 3.0.

But the healthy evolution of Health 3.0 won’t come from Central Command pontificating on theory. It will come from empirical tinkering and rational option-taking. We can pontificate on the map of Health 3.0. But we must never forget that we’re just describing the map — not the territory itself. And an intrepid band of health care empiricists is already exploring the territory.

The boomers talk a lot about the “paradigm shift” — meaning if you just shift your thinking, you’ll save the world. They got paradigm shift from Thomas Kuhn’s The Structure of Scientific Revolutions. But philosopher Ken Wilber says this is a major misreading of Kuhn. The discovery of anomalies by empirics comes first, then the paradigm shift. Not the other way around.

Our health care system is a ludicrous anomaly. Let’s take rational options to evolve it.